The Obfuscator for .NET

Babel Obfuscator is a powerful protection tool for the Microsoft .NET Framework. Programs written in .NET languages, like C# and Visual Basic .NET, are normally easy to reverse engineer because they compile to MSIL (Microsoft Intermediate Language), a CPU-independent instruction set that is embedded into .NET assemblies, along with metadata allowing the reconstruction of original source code. Babel Obfuscator is able to transform assemblies in order to conceal the code, so that reversing is extremely difficult. This transformation process is called obfuscation.

Protects your code and intellectual property against Reverse Engineering

Compatible with all .NET Framework technologies

Babel Obfuscator provides an incredible number of features which can be easily accessed from the command line and also from a stunning graphical interface. Please take a look at the following list of available features

Babel Obfuscator can rename types, methods, properties, events, fields, namespaces and method parameters. The original symbol name are changed, so it is no more possible to recover the meaning of the obfuscated member. This makes code understanding and reverse engineering extremely difficult. You can choose two different renaming convections: alphabet characters and unprintable Unicode symbols. They both minimize the number of character symbol used, reducing the overall metadata size and load time. 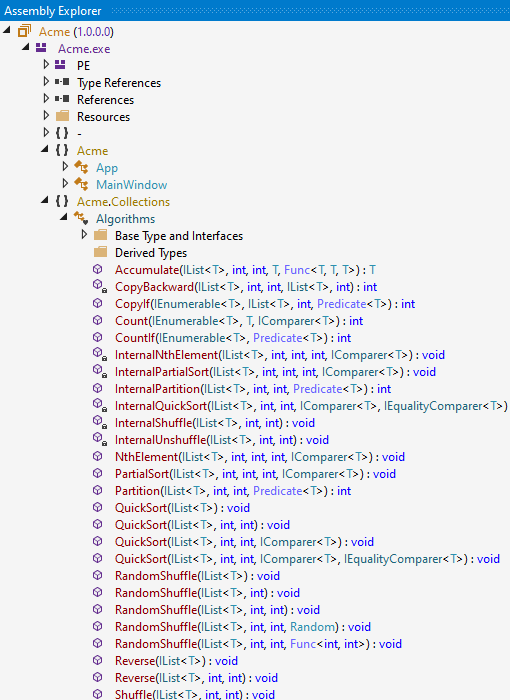 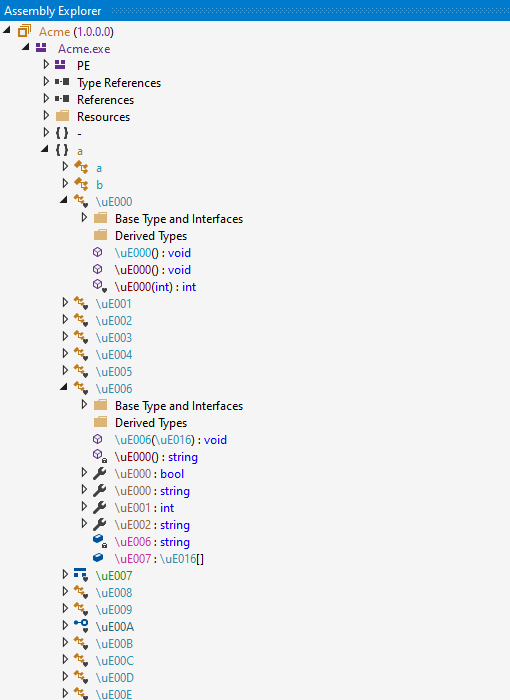 With overloaded renaming, the same name is used to rename methods with different signatures as long as it is allowed by .NET Framework design rules. This makes it even more difficult for a hacker to reverse engineer the code. Babel also renames overloads when only the method return type differs, making it impossible to entirely decompile the code to high-level languages like C# and VB.NET, in which overloading the return type is not permitted. 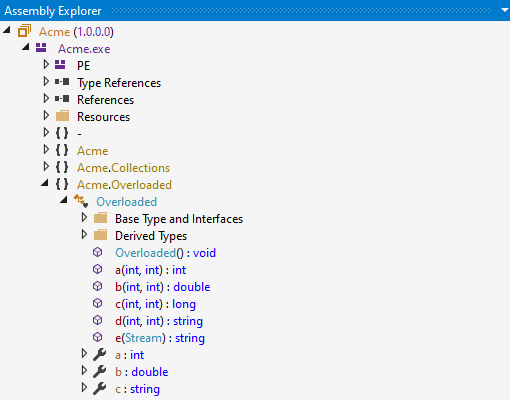 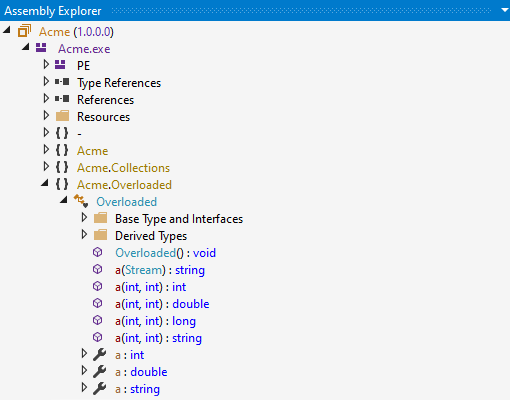 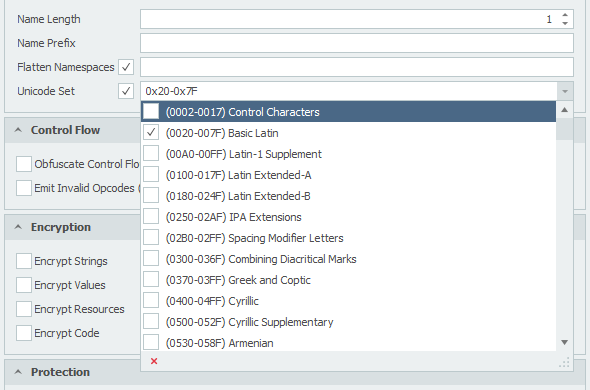 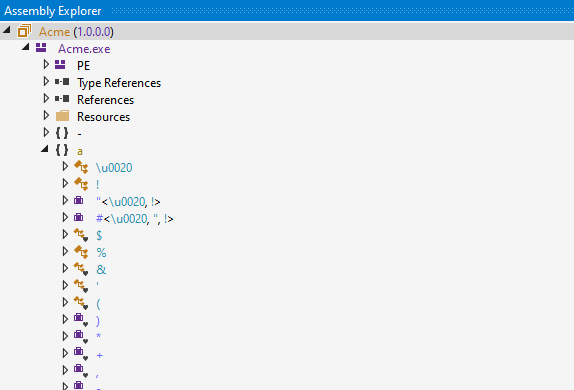 Babel Obfuscator can parse XAML and BAML resources and rename all the members referenced into the XAML/BAML code to produce a better obfuscation increasing the percentage of obfuscated symbols. This also makes your XAML code more difficult to read. Babel is also able to merge into a single assembly file multiple assemblies containing XAML/BAML resources.

Babel Obfuscator can obfuscate public members in multiple assemblies and then align the names of obfuscated symbols referenced in each assembly. This maximizes the overall number of renamed symbols, further improving the obfuscation.

Before Value and Array Encryption 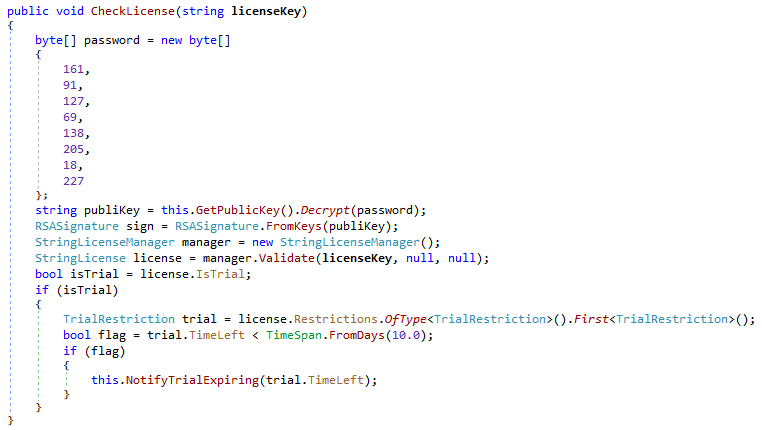 After Value and Array Encryption

Managed resources can be compressed and encrypted to protect your assets and also to reduce the overall assembly size. The encrypted resources are loaded at runtime when they are eventually needed. 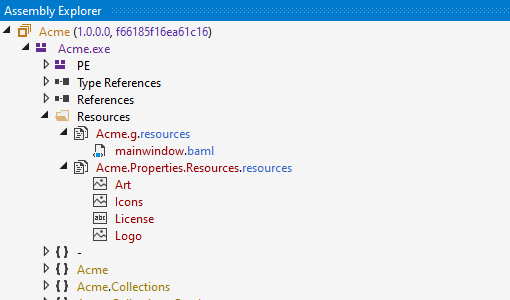 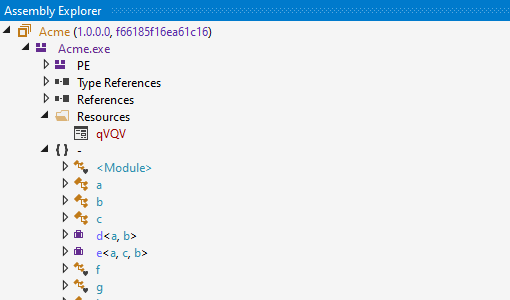 Control flow obfuscation consists of changing the execution path of a method. Babel can make if statements more complex to read, insert a number of irrelevant branches, add multiple switch instructions without changing the behavior of the method so that it is very difficult to analyze after the decompilation. 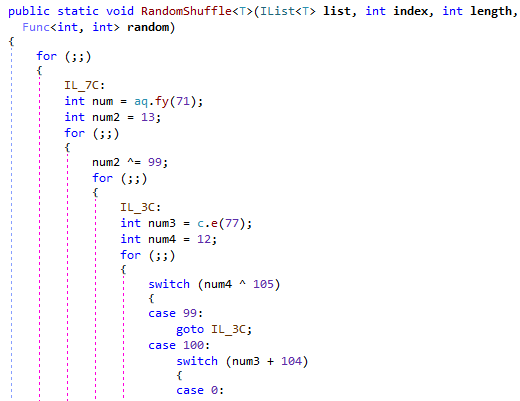 Babel Obfuscator can encrypt and virtualize the byte code of a method in such a way to make it totally unrecognizable to any decompiler. The method is executed at runtime within a virtual machine. This process is done entirely in managed code: there is no use of unmanaged stubs, native CPU instructions or external platform-invoke calls. The encrypted method is not available to decompilers and it is extremely hard to debug. 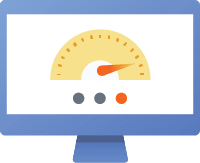 Babel Obfuscator can perform a series of optimizations during the obfuscation process. Automatic class sealing and removal of unnecessary attributes can increase the application performance and reduce the overall size on disk. Other optimizations like the removal of System.Enum types, besides reducing the metadata information helps to increase the degree of obfuscation.

Babel can automatically remove unused code and metadata, reducing the assembly size on disk and improving the load time during execution.

Babel can perform a series of optimizations during the obfuscation process. Automatic class sealing and removal of unnecessary attributes can increase the application performance and reduce the overall size on disk.

Classes that are not used as base classes in an inheritance chain can be sealed. When the JIT compiler sees a call to a virtual method using a sealed type, it can produce more efficient code by calling the method non-virtually.

Most of the times, the compiler-generated code it is full of attributes that can be removed without affecting the behavior of the application during execution. Babel can remove any unnecessary attributes applied to a defined type or member reducing the overall disk size of the deployed application.

Babel Obfuscator can remove, whenever possible, System.Enum types and const fields defined into the target assembly by replacing their metadata information with the relative constant values. This optimization saves disk space and also makes the disassembled code more difficult to understand due to the use of constants instead of field names.

This optimization performs the removal of properties and events information from the respective metadata tables. Properties and events removal combined with renaming produce a better obfuscation making more difficult to reconstruct the original code.

Inline expansion will allow to substitute the call to a method with the instructions in its body inline thereby saving the overhead of function invocation. Babel Obfuscator provides a set of tools that make easy to deploy your application and help to debug the obfuscated code.

Babel can merge dependency assemblies into your application assembly, providing an effective solution to single-assembly deployment. Our merge algorithm is NOT based on ILMerge or other third-party tools and is able to merge all kind of assemblies included WPF and Silverlight containing BAML and XAML resources. Babel can also change the visibility of public types when merging referenced assemblies. This change increases the number of symbols that Babel can rename, thus improving the effectiveness of the obfuscation.

Babel Obfuscator can handle PDB debug symbol files merging and fixing debug information during the obfuscation process. So it is possible to use debug symbols files with obfuscated assemblies to decode exception stack trace information or even perform step through debugging in Visual Studio.

Babel can decode the obfuscated stack trace in exception reports